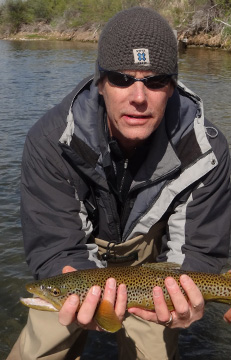 Eric Lars Bakke has been providing photography to a broad spectrum of clients over three decades. He has traveled extensively in the United States and overseas documenting people in their own world of work and play.

His Norwegian ancestors homesteaded in Colorado, a place Bakke holds dear to his heart. His father often told him if he could live in a place he loved and could do the work he enjoyed, he would have a good life. He has followed that credo throughout his career.

Bakke is best known for his creative perspective that allows him to capture the art of people as they make an imprint on their environment, producing emotionally evocative and visually appealing images. His work goes from no color at times to light emphasizing color, mixing motion and texture to support mood and imagination, creating a demand for his photography by the corporate, travel and sports industries.

Bakke has served on the Board of the Colorado Chapter of American Society of Media Photographers (ASMP) and as Editor of ASMP Image/Colorado. He has served as a former board member of the National Press Photographer’s Association.

He supports local community entities including the Sangre de Cristo Arts Center, the Nature and Raptor Center of Pueblo (CO) and is a regional member of Trout Unlimited.

Find Eric elsewhere on the web